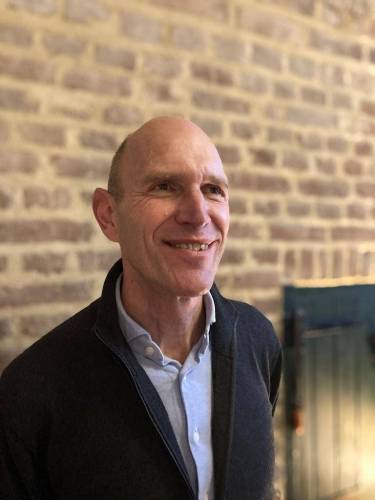 Rob van Vugt is the new coordinator of our Maastricht-based Interreg programme. Rob works in the Province of Dutch-Limburg – which is hosting the programme as a Managing Authority – since 1992. Before joining the Interreg Euregio Meuse-Rhine programme, he was the manager of the department on housing and living (Wonen en Leefomgeving Provincie Limburg).

Rob was born and raised in Nijmegen, but lives for more than 30 years in Dutch-Limburg. He loves the variety of landscape here, but also the diversity in culture in our border region, and says: “You can easily go buy Belgian cheese or have a German beer in this part of the Netherlands. I think that this multiplicity is very enriching.”

This believe also fuelled his interest in the Interreg Euregio Meuse-Rhine programme. He is looking forward to showing that borders are not only mere limits but can also enrich our lives. “I want to prove together with the team that cooperation across borders works!”, said Rob. In his free time, Rob loves to spend time with his family and dogs in nature. Another passion of his is a house in Colombia he and his wife built and where they spend most of their vacations.

We are very happy to have Rob on board and are looking forward to opening the next chapter of the programme with him.