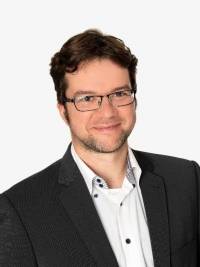 The UNESCO celebrates the International Day of Education on January 24 in order to remind everyone that education is the key to sustainable development. For this occasion we have asked, Manuel Justen, project manager of the school project EMRLingua, three questions. Until recently, he was a teacher himself and told us about the cultural differences in our programme region and the project. EMRLingua is currently developing a foundation for cross-border cooperation between different schools in the region in order to make cooperation between individual schools as easy as possible.

What is the background of the EMRLingua project? Can you describe the initial situation and the plans for the project?

Well, I was not part of the team initially, I only joined as a project manager six months after the project was approved. But the background of the project is that it is incredibly important for the Euregio Meuse-Rhine to meet. Of course you can simply think about the job market here, but I would also include cultural and private exchanges here. These can only work if you know each other and if you can talk to each other...

When I was at school, for example, I followed French lessons and we lived less than three kilometres from the language border, but for me French was just as foreign as Latin. It was only much later that I had the opportunity to really improve my French skills... In my opinion, the younger generation, which is also even more mobile, should not make the same mistake, which is why EMRLinuga is such an important project!

Which differences do you see in how we teach our children languages in the three programme countries?

In Germany there are Euregio profile schools and in these schools put a lot of value on conveying a certain cultural openness. The philosophy behind this is that you must first become aware of a lack before you are ready to learn something. In comparison, such considerations hardly play a role in Belgium, and why should it, you practically come across someone who speaks a different language every few kilometres. In the Netherlands, on the other hand, I noticed that schools even go a bit further, there it's really about teaching intercultural skills and ways of approaching people. The Dutch place much more value on simple, practical things!

Could you tell us something about the current project status?

The pandemic is really a hindrance when it comes to going to school, which is a shame for the project! But at the moment we are of course still at the beginning of our work, i.e. we are preparing many elements, as we can't just say: "Ok Everyone, please just meet each other, we'll watch!", we had to initiate quite a few things.

We are currently very busy establishing a school network with the appropriate requirements. We are currently also developing a portfolio that is intended to compensate for the cultural difference - that means that we offer the same in all three countries, but that the schools can pick and choose the activities that best suit their own background. We have developed criteria for this that can then be implemented in all three countries, which of course is not always easy.

Thank you for the interview, Mr. Justen! We would like inform all of those who are interested about the additional information on the website of the Euregio Meuse-Rhine, the lead partner of the project.