The Einstein Telescope will open a new window on the Universe through the observation of gravitational waves. Its infrastructure will be buried 300 meter below the surface to reduce human-, wind- and ground-induced vibrations and movements.

The Interreg project E-TEST is a very important step of the Einstein Telescope, as it will be a proof of concept, both on the prototype side and on the geological side.
E-TEST will build a prototype – a large suspended mirror at cryogenic temperature – to validate the telescope’s technology. E-TEST will also run an underground study to map and model the geology of the Euregio Meuse-Rhine. This will allow to define the optimal design and location of the future Einstein Telescope.
This major scientific breakthrough will also have a significant economic impact on small and medium-sized entreprises in the Euregio. 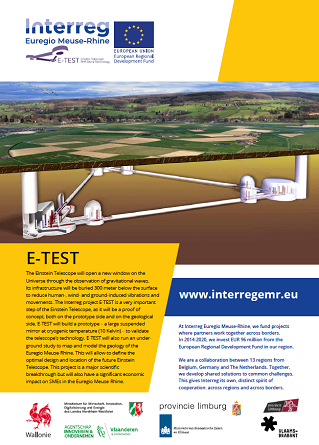 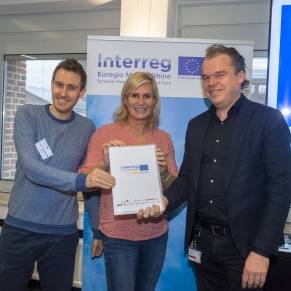 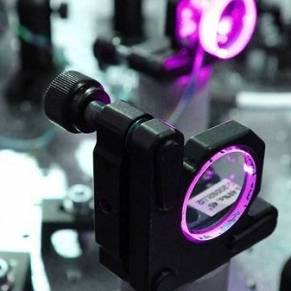